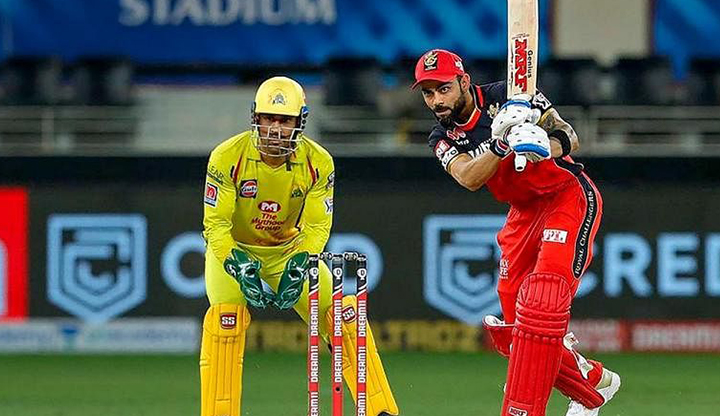 A contest between Kohli and Dhoni is surely one that you need to watch as things could begin to heat up right from the beginning. While Chennai remains in good momentum and will be entering the game from their opening victory against Mumbai Indians, we cannot declare them to be the winners because RCB has always shown a layer of unpredictableness. With their squad having gone through a few changes, we have got ourselves a great game as the Challengers are ready to take on the Kings of Chennai.

There’s no doubt about the fact that MS Dhoni and Virat Kohli are two of the biggest names in Indian cricket. Their contribution to the game is second to none and they will surely go down as legends. While Dhoni is already looking towards a career as an ex-player, Kohli has a lot more to offer and continues to deliver the same throughout all formats of the game. While his decision to step down as T20 captain may have left many confused, fans of the Indian cricket team and RCB want his last dance to be a glorious one.

So will Kohli be able to take RCB beyond CSK and into the finals of the mega tournament? Well, we need to wait to find out.

The 35th match of the Indian Premier League between RCB and CSK will take place on the 24th of September at Sharjah Cricket Stadium.

RCB have always remained a dominant side on paper. But when we head into the practical side of things, it is clear that the team is still without an IPL trophy. Year after year, the franchise has reshuffled and made quite a few changes to help their squad reach the finals. While they do enter the playoffs and go beyond, they have hardly come closer to grabbing hold of a title in recent years.

Their opening game against Kolkata was certainly a cause for concern as a total of 92 was not a target that you could imagine from a team involving AB de Villers, Glen Maxwell and Virat Kohli. As a result, a big game against Chennai requires RCB to shape things up and come back to their winning ways.

With captain cool in charge, everything seems like a piece of cake and their last game against Mumbai was a prime example of the same. While Mumbai was off to a good start and even looked like they would get the better of their opponents, MS Dhoni came forward to turn things around. With accurate field placements and balling options, Dhoni went on to limit the opponents to a mere total of 136 when compared to a target of 156.

As every bowler came in for wickets, Mumbai had little to offer in return and could not get the momentum going. Due to that, CSK are in good form and if RCB wants to get their own momentum going, they need to beat Chennai. So if you are looking to place bets or want to consider cricket betting, you require the services of BritainBet.

When Friday’s game approaches us, we can be assured of the fact that all eyes will be on two individuals, i.e. Dhoni and Kohli. The past and the present of the Indian cricket team will find themselves trying to compete against each other as strategies and all kinds of moves will be implemented to help their respective sides get the better of each other. Leaving batting skills aside, we believe a game involving these legends will focus on the captaincy.

While RCB has plenty of talent to offer, Maxwell has stood out as the highlight of the team, thereby reducing the pressure on AB de Villers. But can Maxwell get past Chahar? While both players are relatively new towards their individual battles, we can expect either of them to get the better of each other.

Sharjah Cricket stadium has always been known to be a nightmare for bowlers as a combination of a flat pitch and short boundaries tend to rule the roost. In the past, we have seen several teams smash a target of 200 plus runs, which might motivate the toss winning captain to bat first. So lookout for the toss since it can decide the game to a huge extent.

The Royal Challengers have played a total of 28 games against the SuperKings of Chennai. And if the stats are told to come to the rescue, then Bangalore doesn’t have a good record to showcase. Apart from losing 18 of their games against Chennai, the Bangalore outfit has also lost their previous encounter which took place on the 25th of April, 2021.