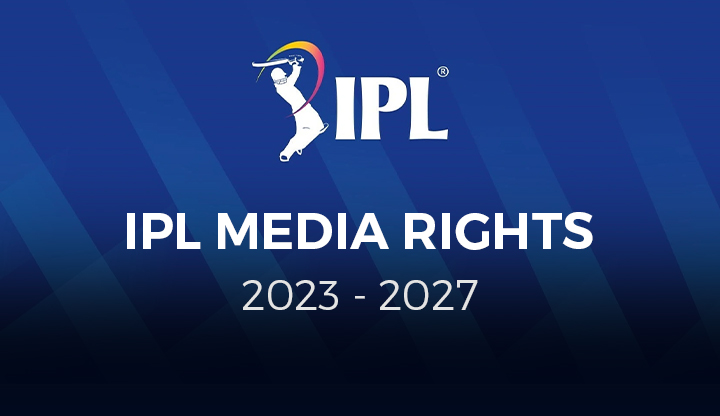 IPL is growing tremendously within the course of time and one of the biggest sources of revenue for the competition is media rights sold among big multinational companies. The Board of Control for Cricket in India had put out an Invitation-To-Tender (ITT) for bidding the media rights for the biggest cricket festival in India. A week later, now some of the biggest in the business has come forward showing keen interest in the media rights of the competition for the next 2023-27 cycle. It is reported that some of the giants have all bought the ITT from the BCCI. Sony, Disney, TV18-Viacom, Zee, and Amazon have expressed desire in acquiring the media rights to the capital spectacle. The listing doesn’t really stop here, as many additional corporations, the identities of which have not yet been revealed, have also given. The e-auction will go into effect on June 12, and the BCCI is expected to raise a massive sum of US$7.2 billion throughout the sale. However, the ITT cut off date is May 10.

With the exception of Indian firms, Apple, the American tech behemoth, is indeed anticipated to have its hands on the ITT. “Transparency will be crucial,” BCCI secretary Jay Shah told. “Earnings from sales of rights would be allocated to India’s national framework, improved facilities, and the wellbeing of the cricketing community.” The contract has been broken into four bundles since the tv and online licenses will be split to allow numerous companies to show a lesser range of matches at the same moment. Aside from that, folks in other regions around the country would receive a distinct gift. The clear implication of such a bundle would be that a combined offer may be impossible.

The whole media package will be split into four small ones and they are categorized as:

A) Television rights for India subcontinent

C) A collection of 18 matches (The inaugural game, the playoffs games, weekend double-headers, and evening games)

D) Rest of the World

The initial or basic value of the multiple bundle has indeed been set at 32,890 crore. The Board of Control for Cricket in India has retained the base price of broadcast rights per game at Rs 49 crore. If the number of encounters is extended, the extra fee will be paid on a pro-rata scale. The internet licenses will be worth 33 crore, the 18-match package will be worth 16 crore, and the remainder of the world will be worth 3 crore.

“The bundles are already distributed in such a way that maximal involvement is ensured.” It will maintain rivalry fierce and fair, allowing the BCCI to utilize its capacity earnings to the maximum,” BCCI treasurer Arun Dhumal said.

It is expected that the auction is going to last for two days like the mega auction did and the auction for the first two bundles will take place on the first day itself. The sale for the remaining two categories will take place on the remaining day. The bid for the Category A package can only be done by an Indian company with a net worth of more than ₹1000 crore or more as on March 31, 2021.

Bids for Bundles B, C, and D must have a net value of at least INR 500 crore. Bundle B can only be bid on by an Indian television channel, an Indian internet provider, and an Indian mobile company.
Bundle C and D are open to all of the aforementioned, as well as a global broadcasters, an active global provider, and an overseas mobile carrier.