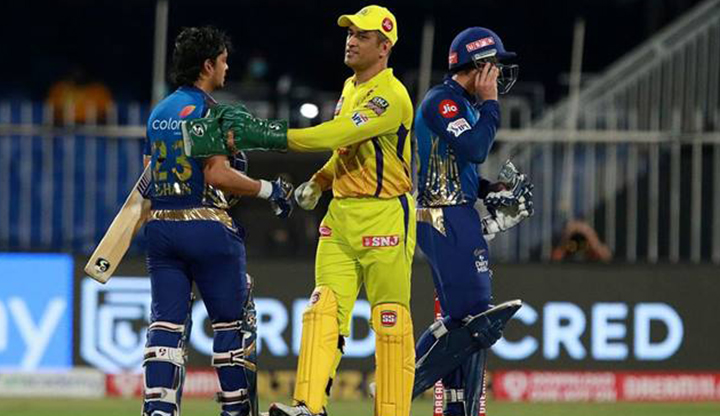 The 2021 version of the Indian Premier League is going to resume from the 19th of September. In order to bring about a grand performance, the opening fixture will see two of the biggest teams go against each other. The terms in question are none other than Chennai Super Kings (CSK) and the Mumbai Indians (MI). With both teams having previously won the title, their games are set to be exciting and will have every single aspect needed to be a high-octane match.

CSK Vs MI has always been dubbed as the ‘El Classico’ of the IPL as it comes packed with all the right ingredients. With top captains like Dhoni and Rohit Sharma, you can expect the game to go any direction, which also involves a super over. Since both teams have a rich squad to choose from, they will ensure to limit the threat of the opposition and dominate the game to a whole new extent.

Due to that, the game, as always, will be unpredictable and might also be on course to be one of the best T20 matches that you have ever seen.

As mentioned earlier, the game between CSK and MI will take place on the 19th of September at the Dubai International Stadium.

A game like CSK Vs MI is going to have fans jumping in excitement and one of the main reasons for the same are the important clashes that involve top players from each squad.

The return of Suresh Raina was a gift for Chennai as they got back their rhythm and everything else that they lacked in the previous season. While the left-hander is yet to showcase what he really is capable of, the resumed season will be the ideal time to get started. And if there is one hurdle that Raina needs to get past, it has to be Rahul Chahar. The lead spinner poses a huge impact on the game and could potentially remove Raina from the equation.

Both Dhoni and Bumrah are beloved stars of Indian cricket, whereas the former goes a little forward with his captaincy skills and all the records he has managed to achieve with the same. However, a game on the pitch involving Dhoni and Bumrah is certainly going to be the right one to look forward to. While the bowling threat of Bumrah will always be the main highlight, Dhoni did showcase a glimpse of his prime self during practice.

When it comes to the battle between the all-rounders, there is none better than Jadeja vs Pollard. While their bowling varies, they manage to bring in wickets and can pull off shorts out of the ordinary. Both are power hitters and have always ensured that the cameras go all around the place in capturing their shots flying out of the stadium. Due to that, if you are looking to place bets and even want to consider cricket betting, look no further than BritainBet.

The close battle between CSK and MI have spanned over 31 games where each team has tried to get the better of each other. While MI has been the more successful side, CSK is not far behind and can always come at the right time to pose as an attacking threat.