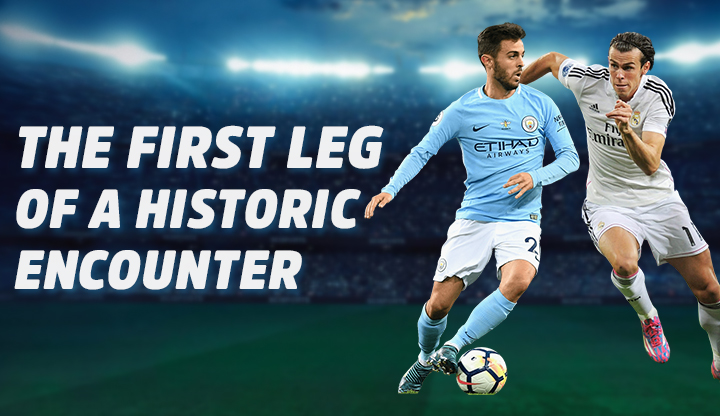 Guardiola will be prepared and City will look to ease past Madrid, despite Los Blancos’s good form all season. However, the task at hand might not be easy for the Citizens because of how Real Madrid have been in the Champions League and mainly due to a certain someone called Karim Benzema. His current form alongside the ever-reliable Luka Modric is certainly going to test City and their defenders.

So how will a Champions League game between two of the best teams in Europe move forward? Well, let’s go ahead and read a detailed preview to learn more.

Both City and Madrid made their entry into the semi-finals through games against tough opponents. While City faced the dark arts of Atletico Madrid, Los Blancos went on to dominate Chelsea and prevent them from staging a comeback.

So it wasn’t easy for both these teams to find the door towards the semi-finals and now that they have, they will certainly give it all to ensure that they go ahead and win the title for Europe.

Manchester City are set to welcome Real Madrid to the Etihad Stadium for the first leg of this epic clash on the 27th of April.

There’s no doubt about the fact that both City and Madrid are favourites to win the European title. While City might be in a better position than Madrid, there’s no ignoring Los Blancos’ current form. The European champions seem like a team capable of winning it all and thus City are going to have a hard time.

The last time Pep Guardiola faced Carlo Ancelotti, it was surprisingly in the UEFA Champions League semi-finals where Bayern Munich were beaten by Real Madrid 5-nil on aggregate. So it is fair to add that Guardiola does not have a great record against Ancelotti but does have one against Madrid.

Being the coach of Barcelona, Guardiola did well against Madrid and even knocked them out in the 2019-20 edition of the UEFA Champions League when City produced a superior performance. However, for this game, it is hard to predict a winner because both teams have what it takes to go forward. And one thing that they do well is attack.

Both City and Madrid have quality in attack, which should help us witness opportunities being created and goals being scored. City’s gulf of midfield options are what Guardiola uses to score goals. The likes of Foden, De Bruyne, Raheem Sterling, Bernardo Silva and possibly Gundogan could line up to help City do well in the first leg.

The pace and quality with which these players attack will be hard to combat for any team in the world let alone Europe. However, Los Blancos will be prepared because they are not shy of attacking talent either. While they are on their way to winning yet another La Liga title, they will be aiming for the Champions League and will do everything to dumb City out of the equation.

And the players that will be instrumental for the same are Benzema, Vinicius Junior, Modric, Kroos, Alaba and possibly Casemiro. Thanks to the squad depth that Madrid boasts, Ancelotti will be looking to bring in a strong defence and not compromise on attack despite playing the first leg in the Etihad.

Since Madrid won’t be parking the bus like Atletico, City will see their defence and attack being tested to their limits. Due to that, this fixture is a hard one to crack for everyone, including the ones involved with football betting. However, there should be a winner and only time will give us a confirmation.

Will Guardiola be able to take City to their second successive Champions League League final or will Madrid take revenge and ruin all hopes for the Premier League club?

The head-to-head competition between these clubs talks a lot about the recent past and how they have fared against each other. What it lacks is the history of the competition and the 13 titles that Madrid have won while City are yet to open their Champions League account.

So if we are going according to history, Madrid would be favourites. However, history might not play a huge role when facing a squad that was developed in recent years. So this fixture will continue to be an unpredictable one because both Guardiola and Ancelotti will want to make it to the finals at all costs.

The first leg of this fixture was an action-packed one. It saw both sides share possession and Ramos get a Red Card in the 86th minute. Thanks to the City’s efforts, they scored two goals and were leading 1-2 on aggregate.

While Madrid entered the Etihad aiming for a comeback, they were left surprised by a City attack that saw two more goals being scored by Sterling and Jesus. Benzema’s only goal during the 28th minute of the game was not enough to take them towards the next stage as they lost 4-2 on aggregate.