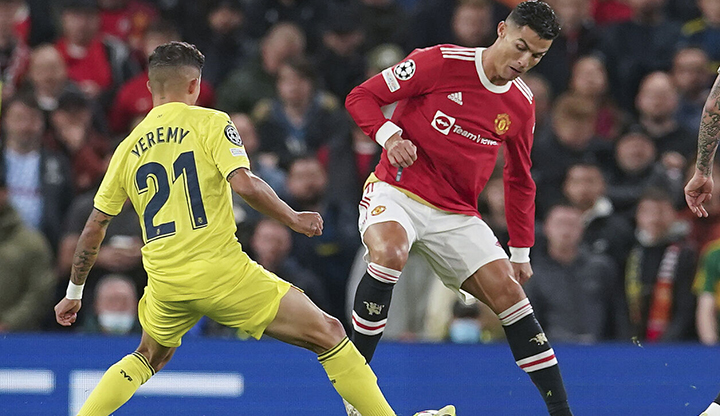 Manchester United haven’t made the start that they desired for and calls for sacking Ole Gunnar Solskjaer can be heard all around their fanbase. However, fixtures are coming in from all sides and United will have to wake up and face the challenge of meeting Villareal once again. The two teams are set to face each other in the Champions League and whether or not Cristiano Ronaldo can save his old club from a loss is yet to be seen.

Despite being on top of the table in the Champions League, United haven’t registered a dominant lead over the rest of the teams or the lead that we all imagined them to have. The red half of Manchester had to witness some heartbreaking losses at home and it is about time that they pick things up. A game against Villareal comes at a crucial time and United need to win the same in order to ensure a safe passage to the knockout stages of the tournament.

Hence, all eyes will be on United to help their fans come out of the misery that they are currently going through.

Manchester United Vs Villareal will feature in matchday 5 of 6 in the Champions League and will take place on the 23rd of November at El Madrigal.

Ole Gunnar Solskjaer has been in charge of United since 2019 and over the course of these years, he has tried different formations in a bid to set his team in the right manner. However, it is quite clear that most of his formations or tactics aren’t really working out for the reds nor are his defenders doing their job. So the main question that everyone will be asking before United face Villareal is the kind of formation that United will choose.

Will it be the 4-2-3-1 that Ole implemented the last time they played Villareal or a completely new formation that might work? Well, we can only wait and see. On the other hand, we have Villareal coming in with a possible 4-3-3 that unfortunately did not work for Unai Emery’s men the last time they faced United. So another change of tactic from the La Liga side can be expected.

It’s quite clear that Manchester United and their lineup of defenders aren’t able to keep the ball away from David de Gea. Having made more shots at their own goal than compared to Manchester City’s, United’s defenders need to get their act together. With Villareal not being dominant in La Liga and displaying clear signs of weakness, it is high time that United come forward with a back three or a back four that can actually defend.

And by doing so, they need to set up a proper midfield that can help the forwards score goals and win a game for United. While it all seems simple on paper, things get a lot more difficult when it is being put into practice and Villareal should not be considered an easy target. As we all know, they are more than capable of upsetting millions of United supporters and hence, the reds need to get things going.

While Villareal does have a decent defensive backing, they end up conceding goals and that is something they need to change. They have to try and cover Ronaldo and possibly prevent him from teaming up with Bruno Fernandes because they can set the game running for the reds.

When Manchester United face Villareal, comparisons are bound to be drawn between Ole Gunnar Solskjaer and Unai Emery. Both the managers have had different starts for the club with Emery coming on top for leading the team to silverware. Thanks to his tactical ability, Emery has managed to change things around for Villareal and keep them going till the very end. While he is obviously the more experienced manager of the two, Ole, on the other hand, has managed to maintain a decent record against him.

Due to that, a clash between Ole and Emery, United and Villareal, is something to look out for.

Manchester United and Villareal’s record against each other has mostly come down to draws. The same happened during last year’s Europa League final until Villareal made it past one goal to beat United on penalties. With all these stats and aspects coming in to tell its own tale, this game is surely going to be exciting. So if you are looking to place bets or consider football betting, you need to use BritainBet.

As you can see from the table above, both teams have come close to each other and are more than capable of turning things around. So with the upcoming game going to set the modern tone, we will have to wait and see whether United win, Villareal win or like always, it ends up being a draw.