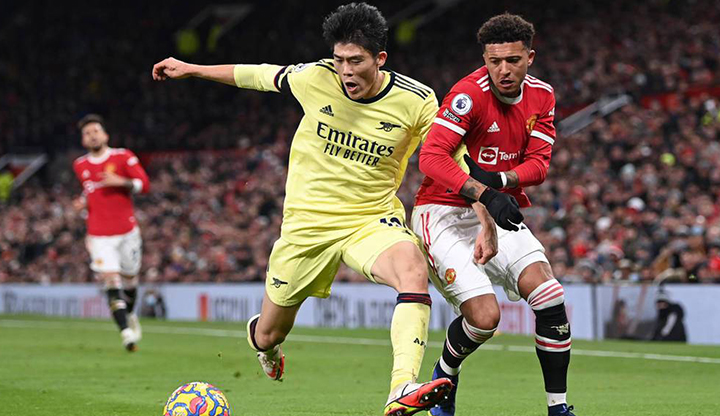 Manchester United have not had the kind of start that they would have hoped for. With Ole leaving the place vacant, they are on course to find a replacement with Michael Carrick taking on the reins temporarily. So the main question is to look into the imminent future and how will they balance the upcoming fixtures that are going to feature top teams. While Arsenal is not in the top four, they sit comfortably at 5th nearly two spots above United.

So can Arteta take advantage of the situation or will United perform a comeback? Let’s dig deep into a few important points and then try to form an idea of the same.

The recent form of both teams will surely come into consideration when analyzing a game of this sort. While pundits are sharing mixed feelings over the results, another defeat at Old Trafford would be hard for the fans to digest. So the game is more or less a must-win for United. However, it is not as easy as you would expect because Arsenal is showing no signs of slowing down, except for their defeat against Liverpool.

So this tricky affair needs to be analysed and played well if United have hopes of settling down at a decent position in the table.

The clash between Manchester United and Arsenal will be held on the 3rd of December at Old Trafford.

1. Setting up the teams

In order to face a team like United, Arsenal could use the same 4-4-1-1 formation. While it has worked for them against several teams in the league, it did not particularly work against Liverpool. While that could be described as the brilliance of Jorgen Klopp, whether or not Arteta will stick to this formation is there to be seen. On the other hand, all eyes will be on Michael Carrick as the pressure mounts upon a weak United squad.

Finding a way to get back to winning ways is quite important for the temporary coach. With Champions League and Premier League fixtures coming in at full swing, United have to start putting points on the board and for that, it seems as though they will once again rely on their energetic talisman, Cristiano Ronaldo.

Assessing the goal threats for a team that consists of Bruno Fernandes, Cristiano Ronaldo, Marcus Rashford, Jadon Sancho and Mason Greenwood among others may seem like a difficult task. However, their recent form has not been one that suits the style of being goal threats, except for their legend, Cristiano Ronaldo. The Portugal captain has scored 4 goals for the club and has been in great form.

So if Arsenal needs to stop someone, it may have to be Ronaldo and the incredible assists he keeps receiving from Bruno Fernandes. On the other hand, United will have to stop Pierre-Emerick Aubameyang, who has scored the same number of goals as Ronaldo. With Emile Smith Rowe also being in good form, United need to get their game going in order to stop a rejuvenated side under Mikel Arteta.

When you consider how both the teams have progressed this season, you will clearly understand the defensive issues that have been plaguing Manchester United. The Red Devils, whose goalkeeper, David De Gea gave a brutal assessment of their poor defending after the game against Watford, need a good centre back pairing that can handle pressure.

While Arsenal sits close to United in terms of goals conceded, their defence has been praiseworthy. The Gunners have managed to get a good centre back pairing of Ben White and Gabriel, with the talented Aaron Ramsdale doing a good job as a keeper.

The head-to-head stats between United and Arsenal have proved to go in favour of the Manchester side. A total of 58 games have been played between them in the Premier League and out of the same 18 have ended as draws.

The last game between both these teams took place at the Emirates and ended up being a draw. Despite good performances from Bruno Fernandes and Fred, United couldn’t get the ball past Bernd Leno and Emile Smith Rowe couldn’t do the same with David De Gea.

Arsenal left Old Trafford in 2020 with a victory. A penalty from Aubameyang saw the Gunners beat United at their own ground.

Arsenal managed to make the most of another game against United at the start of 2020. Scoring two goals, the Gunners gained the lead in the first half and managed to take it throughout the game for a home victory.

Manchester United could not win another game against Arsenal at Old Trafford. The Red Devils and the Gunners settled for a draw with goals from Scott McTominay and Pierre-Emerick Aubameyang.